You are here: Home / Our Team

Please let us know how we can serve you better. Feel free to contact anyone of us individually by calling our main line or clicking the email links below.

Principal/Founder
Email Rick
Rick is an Arizona native (born in Phoenix), and started his career at his family business in the electrical industry in 1984, spending 18 years with two previous manufacturers representative agencies in Phoenix, as well as a electrical conduit fabrication and custom bending company.  During those years, Rick earned his BS in Marketing at Arizona State University (spent one year at Northern Arizona University-Flagstaff).   In 2002, Rick opened Apex with a limited linecard and things have grown from there.  In 2008 Rick was awarded the “GEM Rising Star” award by Electrical Wholesaling magazine, a popular trade magazine for the electrical distribution channel.   Presently Rick maintains a number of accounts and pursues the larger commercial, industrial, utility and mining marketplace for Arizona and Las Vegas.  In his off-time he enjoys spending time with his wife Stefanie and dog Lucy, either traveling or on Arizona’s lakes and rivers, and supporting every single Arizona college and pro sports team.

Outside Sales
Email Stefanie
Stefanie entered the Electrical Industry with a local distributor in 2006 and joined Apex in April 2009. Having spent time as insides sales, Stefanie has been calling on distributors and underground contractors in Phoenix and Yuma, Arizona. She is originally from North Dakota and has been in Phoenix since 2001 and enjoys spending time at the river with family, friends and her sweet pup, Lucy. Stefanie and Rick have been married since March 2013.

Outside Sales
Email Chapman
Stephanie joined Apex in 2014 with 8 years in the Electrical Industry working for Southwire in Georgia as an inside sales representative then moving to Arizona as an outside salesperson. Stephanie lives with her husband Mike and enjoys spending time at home with him and their children.

Outside Sales
Email Cristian
Cristian joined Apex in 2017 with 15 years of Electrical Distribution experience with a focus on purchasing, inventory, commodities and underground is originally from Illinois which means he is a Cubs, Blackhawks and Bears fan. He enjoys just about anything that involves FUN, especially the outdoors and baseball.

Consulting & Contractor Sales
Email Angela
Angela started in the Electrical Industry back in 2008 at a Rep Agency and joined Apex in March 2021. She was raised in North Dakota and moved to Arizona in ’98 – where she graduated school in Tempe. During her spare time, Angela enjoys hiking, paddle-boarding, camping, BBQ’ing, running 5k’s, and spending time with her family.

Business Analyst & Office Manager
Email Kelli
Kelli has been with Apex since 2011. Originally from New York, Kelli moved to Arizona in 2010 and worked for 15 years as the customer service manager for a PVC manufacturer with expertise in logistics and inventory control. As Business Analyst, she handles all pricing and reporting for the agency as well as overseeing the customer service team.

Customer Service/Order Management
Email Charlotte
Charlotte joined the Apex team in 2021 bringing over 15 years’ experience in Customer Service. Originally from West Anaheim, CA, she moved to the valley in 2019 to be near family. Charlotte loves her Yorkie Poo, Misha and enjoys spending time with family and sunny days at the lake.

Quotations, Technical Support
Email Andrew
Andrew joined the Apex team in 2014 with 4 years of customer service and sales experience, most recently with Southwire’s Contractor Equipment division – Maxis Tools. He grew up in Mesa Arizona and spent 2 years in Buenos Aires, Argentina and is fully fluent in Spanish. He enjoys making the most of this time with this wife and daughters. Andrew is a die-hard Suns, Cardinals, Diamondbacks and Sun Devils fan.

Quotations, Technical Support
Email Ashlyn
Ashlyn is a Phoenix native and she graduated from ASU 2013 with a Bachelors of Science degree in Family and Human Development.  Her time at ASU has made her a life-long Sun Devils fan.

Quotations, Technical Support, Commodities
Email Geno
Geno came on board in August 2009 with 10 years experience in the wire and cable industry. Geno enjoys off road racing, sand duning, and exploring the Arizona desert. Originally from Fresno, California, he has been in Arizona most of his life and spends the summer months logging miles on his paddle board at the local lakes and rivers.

Quotations, Technical Support
Email Shawn
Shawn joined Apex in 2014 with over 15 years experience in the Electrical Industry. Shawn’s experience includes working with contractors and distributors to find solutions for their electrical needs. Shawn enjoys spending time with his family outdoors, watching hockey and volunteering in the community.

Quotations, Technical Support
Email Jenny
Jenny joined Apex in 2022 as projects support and is primary for B-Line Cable Tray quotations and support. Jenny has been in the industry on both the manufacturer and distributor side since 2013. In her spare time, she enjoys spending time with family and friends. 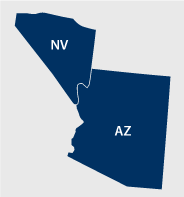 Our Line of Manufacturers